My son Charlie also suggested that I find a way to add a little more challenge and variety to Pipe Frenzy. I have responded by adding a special randomly placed "gold pipe" which you get extra points for if you can integrate it into your pipe network.  When the water reaches this section of pipe it makes a satisfying gurgling sound, and slows the water's progress somewhat--giving you a little extra time to plan. 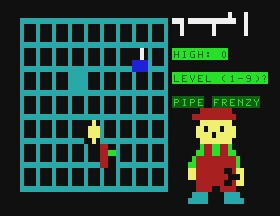 One question Charlie asked me was why I like to make programs that already exist for the Coco (we have one he sometimes plays games on for a "classic 8-bit" experience of the "olden days" of computers).  My reasons are twofold.  First I simply like to program, and some the classic games provide simple compelling concepts that are easily programmed on a 8-bit computer.  Second, the MC-10 is the machine of my heart, since it was my first computer, and as I tell him, it didn't have then, and still doesn't have now, all the programs (nice machine language game programs) that the Colour Computer has.  I'm trying to fill some of the gaps with the best Basic equivalents that I can make.  I get my inspiration from looking at all the great 8-bit era computers to see if I can find simple game ideas that can be recreated using the special Basic techniques I have developed and learned about over the last few years.  One example is the inspiration I received from a game I found on a ZX81 emulator, which is a variation of the classic arcade game "Scramble."  Here's the ZX81 program: 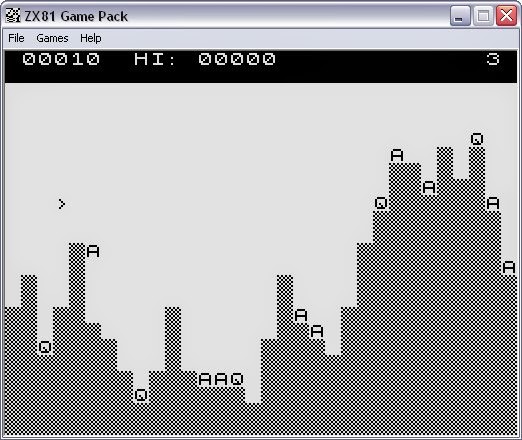 I have generally found that if a program can be made in machine language or Basic using only the ZX81's simple graphics, a version can probably be created for the MC-10 using only Basic.  Here's my variation on Scramble: 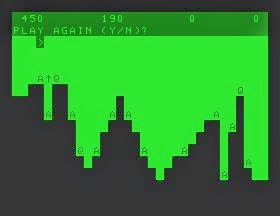 Other ZX81 games that I have found inspiration from for creating MC-10 basic games can be found on the Steven's ZX81 classic basic programming website: http://zx81.reids4fun.com/?action=zx81.  His Basic programs, for example, inspired my versions of Joust and Tower Dodge: 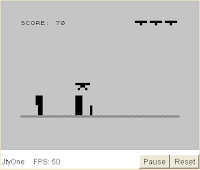 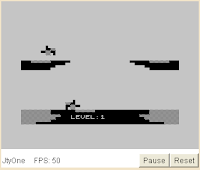 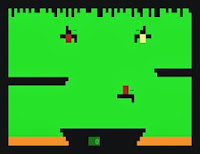 I really think what my MC-10 retro-computing programming hobby re-creates for me is some of the magic experienced by the people, like Steven, who were first introduced to home-computing on  machines like the ZX-81 that required the user to learn a bit of programming.  I have tried to pass some of this interest on to my son Charlie, and he seems to have taken it up.  He has developed quite an interest in C, Java and Python programming, which he experiments with using his laptap, which he has "purified" of Microsoft products (This is something we agree to disagree about, as I quite like Bill's version of Basic).  Instead, his laptop has multiple partitions containing multiple versions of Linux and GCC etc.  Way to go Charlie, you are truly a "Master of the Bash!"  And you've definitely helped inspire my ongoing interest in classic 8-bit Basic game programming. 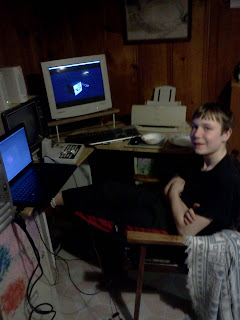