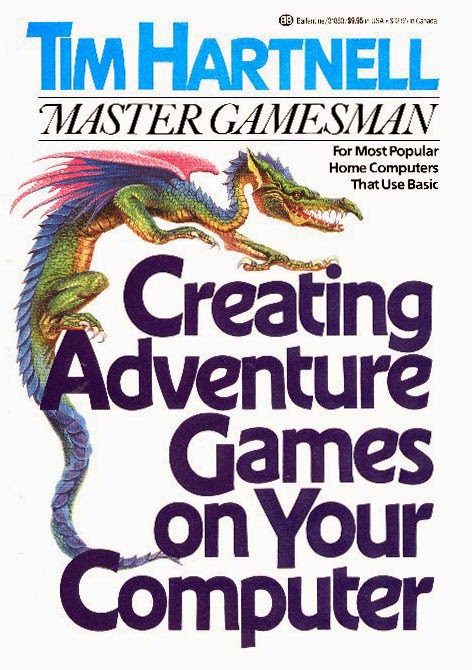 I found the source code for this on an Atari site that has archived a whole bunch of published materials for early 8-bit computers. There seems to be something about the Atari crowd that inclines them to programming activities. Their collective efforts to support this inclination are also helpful for the rest of us 8-biters. One interesting book they have maintained in digital form is Tim Hartnell's classic Creating Adventure Games on Your Computer. In the course of porting "Chateau Gaillard" to the TRS-80 MC-10, I found a few errors in the original listing. For example, the way the code originally worked the weapon you chose seemed to have no effect on combat. There were elaborate routines for reporting and selecting which weapon you would use, but when it came right down to it, the value entered was not used in the combat routine. There were also some other bugs, such as the interaction with the Dwarf (misreported the objects he was willing to accept during negotiations) and the fact that you could simply "go up" back to the surface from the initial room you fall into, contrary to the message that "there is now no way back." On the whole, the combat routine just seemed overly punishing and I found the game difficult to complete, so I adjusted it. Also, when you moved an excessive number of points were randomly subtracted from your statistics. I changed it so that only your strength is randomly diminished as you explore, and at a much lower rate. Now you at least have a chance of finding the healing potion and replenishing your strength. I also added a routine to allow you to re-roll your character stats at the beginning of the game until you get a reasonably fair dispersal. As with most Basic two-word parsers there are some quirks. There is no shorthand N, S, E, or W for moving. The closest you can get is GO N, GO S, etc. Otherwise, three letters is all you need for either word to register. However, I added a single word "INVENTORY" command, because I didn’t like seeing an inventory automatically with every new screen. There are lots of arbitrary deaths in this game from traps, so you’ll just have to play it multiple times and map it enough to learn where not to go. That being said, some meager clues are given to help you avoid some of these deaths. The basic object of the game is to find the two keys, which are needed to allow you to escape two rooms that otherwise lock you in. Once you get the right keys for the right rooms, you can use them to unlock all the doors in those rooms, which will allow you to find a stairwell back to the surface. On the whole, it is a fun little 8-bit Basic dungeon romp. The combat routine is quite unique in the way it allows you to choose which vital statistics you will draw on in your combat against the different creatures (which have some very creative names) and their distinctive vital stats. In brief you should try to select your highest stats while selecting the lowest equivalent stats of your opponent. Various clues about how to overcome dangers are also sprinkled throughout the maze, which is a nice touch. If you get stuck there is a map below to give you a hand. The coordinated colors indicate various rooms with ways to move up or down between the levels. 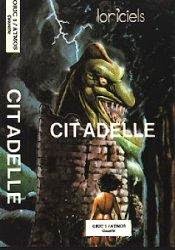 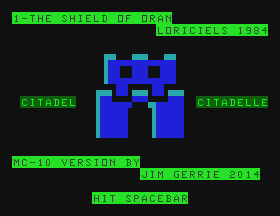 I ported this adventure from Coco basic.  It was a type-in program from one of the Color Computer magazines.  I don't recall it being very difficult to port.  Probably just had to get rid of some of the "ELSE" statements and replace them with alternative "IF" logic. 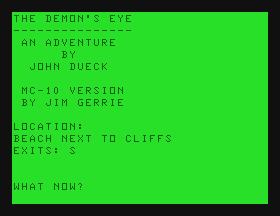 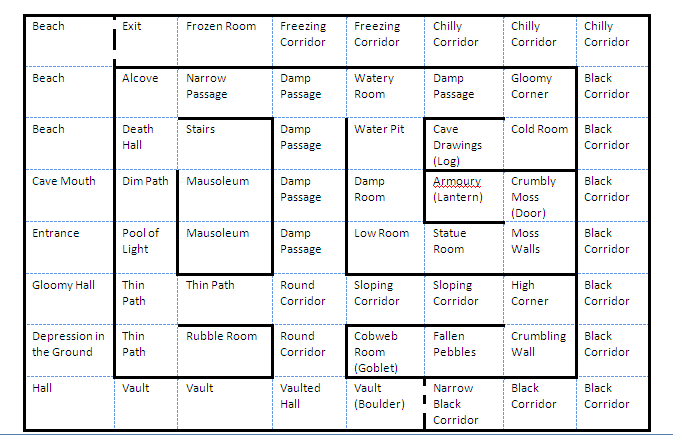 The Cavern of the Morlocks: Beware the Carrrots Hommeaux!

This classic French text adventure, now translated to English, is unique in several ways. First, its design permits multiple narrative pathways to the completion of the adventure (despite the limits imposed on these possibilities by the 8-bit machine hardware it was developed on--the Matra-Hachette 'Alice' computer). Second, its single key entry decision and navigation system is a interesting departure from the much more standard two word parser system, and is very appropriate for its multiple attempt variable ending play format. Third, it is based (very roughly) on a classic work of fiction. Although its single keystroke system is somewhat similar to other extremely simple early Basic text adventures, the number of rooms, the multiplicity of narrative arches (in which randomness, decisions and the objects and paths selected make a substantial difference), and the playful and well crafted scenarios make for quite an enjoyable hour or so of distraction. Although a game like this will be of no interest to hard core modern players of interactive fiction, it certainly will be of interest to those curious about early 8-bit computer systems and the Basic programming efforts of coders grappling with the inherent limitations of such systems.

The Alice was a French introductory computer system somewhat akin to the Sinclair ZX-81 or even the Spectrum, which shared some hardware elements with the TRS-80 Micro Color Computer from Tandy, upon which it was based. I ported and translated the game from the original Alice program by François Coulon.

In the course of porting it I also fixed a few discrepancies in the walls between rooms.  For example, in the "bear" room you were allowed to go West into the Cook's room, but you couldn't go the other direction.  When debugging I used the following "super cheat" code.  Just hit the break key and snip and use the special paste" function in the emulator.  Then type CONT and hit ENTER.

Below is the layout of the dungeon.  The "Y" and "N"s after each room title tell you how to respond to the question.  I'll leave it up to you to figure out the objects you come across.