The map at the bottom of this post has instructions for all the basic actions that are needed to get to the end of the Silverton House Adventure, which I have ported to Micro Color Basic for the TRS-80 MC-10 from Extended Color Basic for the Coco. This was published by Rainbow Magazine (Falsoft) in 1985 as a type-in game in its Second Rainbow Book of Adventures. The authors are John and Pat Everest. It's a treasure hunt and the basic plot is that you are a master adventurer invited to the first ever Durango puzzlers adventure game. 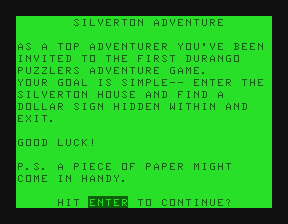 Durango Dan, has challenged you to find the dollar sign hidden in the Silverton estate. But this is not your standard treasure hunt. There are many (non lethal) traps, red herrings and a large number of diabolical riddles and puzzles to solve. The walkthrough map below provides you with the minimal instructions you need to unlock doors, but it doesn't take you through all the rooms you need to examine in detail to find all the clues to unlocking those doors. Puzzles like this one:

In one room with three keys hanging in a little alcove you can read this message written underneath the keys:

THE KEY IS THREE!
TINONGTGTATHKHEEELTSEHIAELDGVKOEELRYDKSKEAEYYYSSSAIAYNYKGRI

By skipping every three letters from various starting points and wrapping back to the beginning of the string of characters you can discern the following 3 messages: 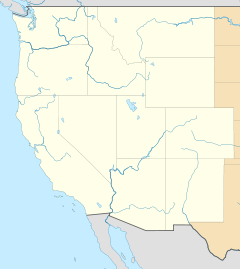 If you "Say" each of these words you are provided with the key.  Simply trying to "get" them opens a trap door which takes you back to the beginning. There are many places where such trap doors are waiting. 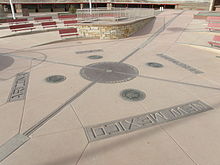 Another clue requires that you know that there are four American states with borders that meet forming a perfect cross.

One riddle was particularly hard for me to figure out involving noticing the difference between "pairs of shoes" (8) and simply being asked "how many shoes?" (16).  A keen eye is critical in this game.  Familiar messages are sometimes flashed briefly (with extra words), to trick you into overlooking how many letters are referenced in the message.  Messages are sometimes shown once, and then disappear.  So you must heed the advice on the introductory screen that a "piece of paper might come in handy." Everything must be examined and details noted down carefully, such as:
You find a painting of a Girl in blue dress sitting on a swing (SWING translated to a phone keypad is 76464, which unlocks a door). What is "below" ZXCVBNM? I take it this is the SPACE key from a standard qwerty keyboard, but I don't yet know what riddle/puzzle this helps with. Durango Dan's "autograph"

can be found in the safe and has 11 words. The following formula gives a combination to the safe:

You must take the sum of this combination (99) and divide that by the number of words in the Dan's autograph to give you 9, which is the number of the closet you must open to unlock a door in the room of closets.  Another riddle: "HOW MANY CUBIC FEET OF DIRT IN A HOLE 7 X 14 X 3?"  You might think the answer is 294 square feet, but a  hole doesn't have any dirt in it!  It's a hole!  So the real answer is 0.

There are some puzzles and riddles near the end of the house that I have yet to figure out. Instead I simply resorted to the time tested method of looking at the source code to enable me to figure out what needed to be input. So there is still work for those out there who would like to unravel all the secrets of this enigmatic game.

In porting the game I came across a few errors.  I can't recall all of them, most were minor or stylistic, but one would cause a crash:

Another error involved a confusion between the variables WW, which was used to flag when you find the Dollar Sign by moving a chest, and WX, which was used to flag when you "GET" the Dollar Sign after finding it. The inventory routine checked for WW, which would lead to the the dollar sign appearing immediately in your inventory upon finding it, which might mislead you into thinking that you didn't also need to "GET" it.  But the win routine checked for WX, which was only triggered if you "GET DOLLAR SIGN," so even though you might have it in your inventory you could make to the exit and still be judged to not have completed the adventure.  I fixed this by making the inventory routine use the WX variable.

There was another error with the handling of the container because of conflicts with its use of the variable C and the use of that variable elsewhere in the program, in particular in the entering of lock combinations (A,B,C,D). I changed the variable to C2 where it was clearly intended for handling the player's interactions with the container so that it couldn't be set to values that would cause the malfunction of the container handling routine. 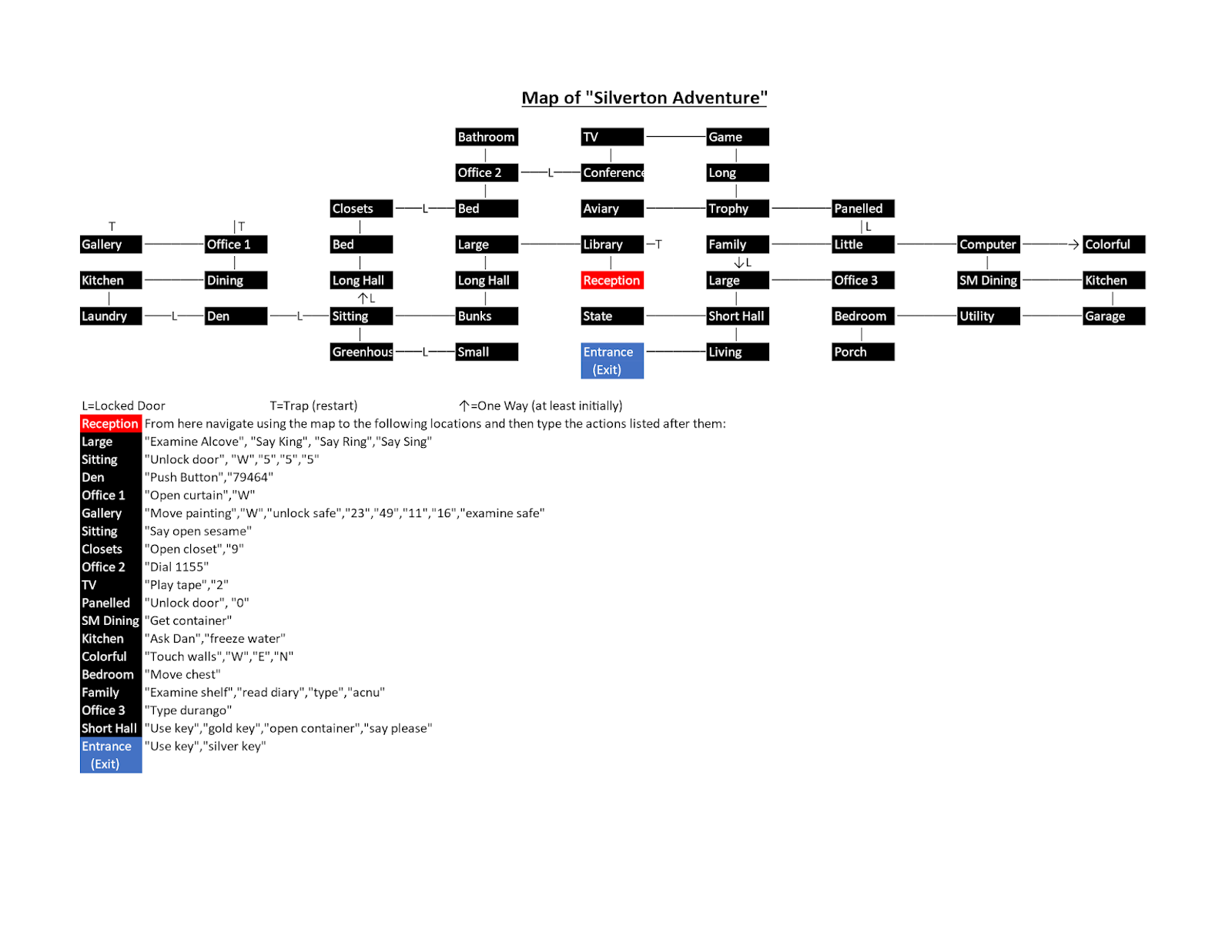 The Game can be played here: https://gamejolt.com/games/jgmc-10games/339292
Select the "Play Game" button at the top and then "Play Our Text Adventures," and then choose SILVERTN from the Cassette menu and type RUN and hit Enter.
Posted by jgerrie at 16:14